When will the song from Filhaal 2 be released? - All in one alert
Terkini Populer Kategori

Home Bollywood When will the song from Filhaal 2 be released?

Akshay stated for his followers on Instagram after posting the video of this song "My first music video began out lightheartedly, but now 2- Mohabbat is the consequence of your unwavering devotion. It is now yours." This song will bring tears to your eyes. He is constantly troubled by the fact that a lover must be separated from his companion.

Akshay Kumar, the action hero of Bollywood, has finally released his romantic heartbreak ballad 'Filhall 2 Mohabbat' on the internet, putting an end to his fans' wait. This song is performed by B Praak and features Akshay Kumar and Nupur Sanon. His song 'Filhaal,' which was earlier released, was a huge hit with the audience, and now Akshay has given his fans the sequel.

In the song, Akshay Kumar, who is head over heels in love with Nupur Sanon, has bad luck with her and she ends up with someone else. Following this, Akshay is continuously reminded of him and tells him stories by singing songs for him. You will be astonished to watch what happens at the end of the song.

Doctor Kabir Malhotra is played by Akshay Kumar, and Maihar Grewal is played by Nupur Sanon. This song was released today on Twitter, Instagram, and YouTube, mostly.

The tears streaming down Akshay Kumar's face will make you cry.

1.The first song's backstory was similar.

The first portion of Akshay Kumar and Nupur Sanon's song video, which depicted the separation of two lovers and their reunion after years, was a major hit. Both of them die in an accident, bringing all of the past issues to the surface. The love of both will be revealed to come to an end in the song 'Filhaal 2.' Fans are incredibly enthusiastic about this song and can't wait for it to be released. 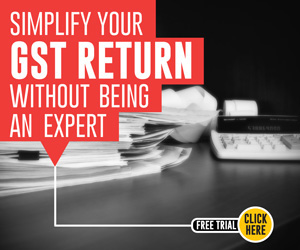